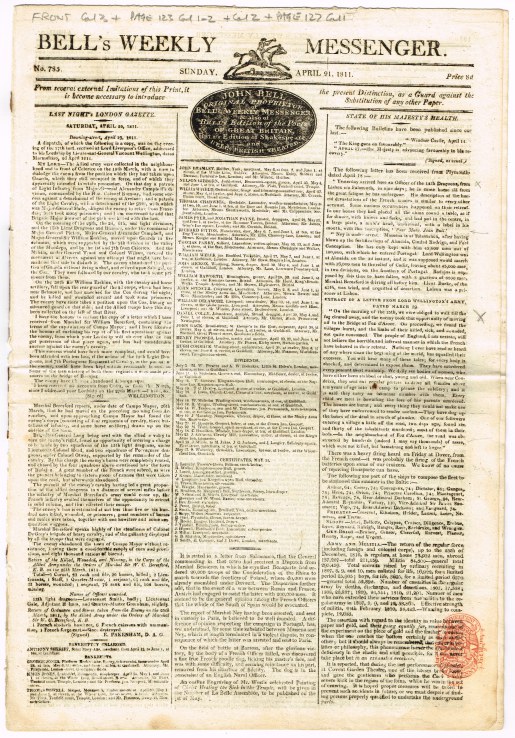 Original newspaper from 1811; some pencil notes to margins, folded in half, split to spine. ; Includes war news from Portugal and Spain, and an account of the Taking of a French Eagle. The first French Eagle to be captured by the British was taken by the 87th (Royal Irish Fusiliers) Regiment of Foot from the French 8th Ligne at the Battle of Barrosa on 5 March 1811. The first British soldier to touch the battle standard was Ensign Edward Keogh, although as his hand grasped it, he was immediately shot through the heart and killed. He was followed by Sergeant Patrick Masterson, who grabbed the eagle from the French ensign who carried it, reputedly with the cry "By Jaysus, boys, I have the Cuckoo!".