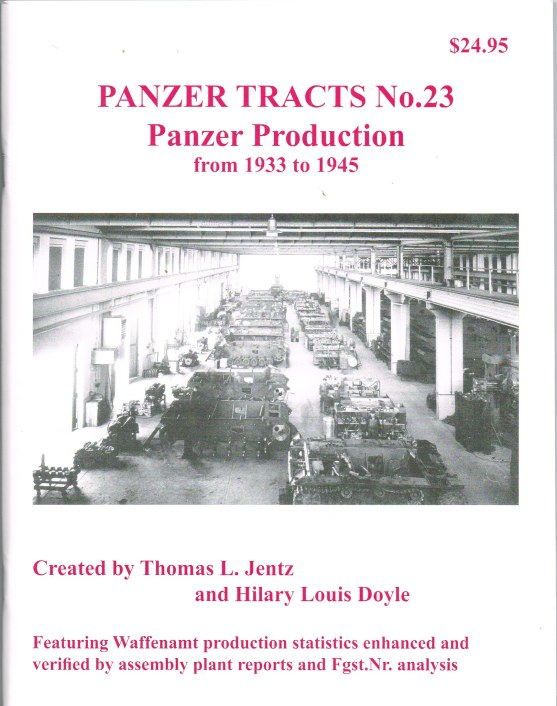 New paperback copies. ; A record of how many Panzers by Ausfuehrung (model) were produced by each assembly plant. Starting in February 1939, the Waffenamt kept consolidated records of how many of each type of Panzer were produced each month - but these are of limited value when more than one assembly plant was involved, The additional details needed to determine the number produced for each Ausfuehrung were derived from assembly plant production records, Fgst. Nr. (chassis number) analysis, and the Fertigungskennzeichen (code letters) for each assembly plant stamped on serial number plates. Illustrated with b/w photographs. ; 80 pages